Originally from Brazil, she brings all the warmth and colour of her native culture to influence her style of teaching. She has gained her experience in Yoga through living and studying in India under many different Yoga masters.

She spent 6 years at Indian ashrams and Meditation centers in Rishikesh and Bodhgaya studying, practicing and finally teaching as a resident instructor. She also has spent time working at Mother Theresa’s mission practicing the principle of Karma Yoga, which she understand to be the most important of all yoga, the yoga of giving.

Lerrita has traveled extensively in India and Asia visiting and experiencing hundreds of temples, ashrams, mosques, pilgrimages and communities in India, Sri Lanka, Burma and Thailand, learning and absorbing the spiritual teachings of many faiths and practices.

Lerrita came to Canada in 1997 and married her best friend Trevor Rubinoff in Kitimat, BC. Establishing her teaching reputation in the Northwest, they later moved to Calgary in 1999 where Lerrita was an integral part of the Calgary Yoga community with her teachings.

Lerrita has conducted dozens of workshops, retreats and training courses.

In 2015, the Rubinoff family moved to Guelph where Lerrita continues to share her teachings. 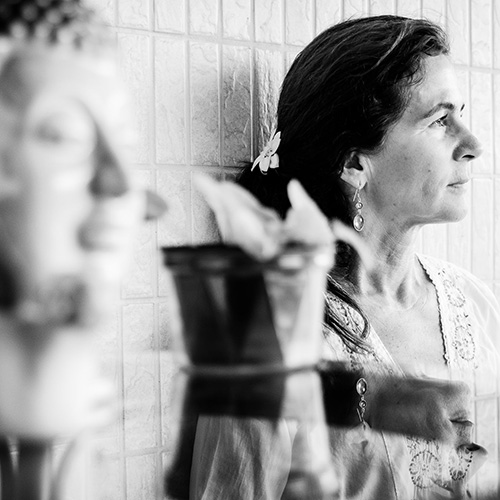